About the King Center

For over a quarter of a century, the Brevard Symphony Orchestra has been the Orchestra-in-Residence at the King Center for the Performing Arts.

The Maxwell C. King Center for the Performing Arts opened its doors in 1988. Since that time, it has had a profound impact on the cultural and artistic landscape of Brevard County and Central Florida. The need for a performing arts center in Brevard County had been apparent for many years. Periodically, task forces were formed to try to garner the necessary funds, but each time the costs were deemed prohibitive and the idea was abandoned.

Under the leadership of Dr. Maxwell C. King, former president of Brevard Community College, the means to achieve this goal became a reality. Enrollment patterns at BCC indicated that south Brevard was evolving into the population center of the area. As the Melbourne campus of BCC began to reflect a pattern of growth, the college was then able to justify the construction of an auditorium—one that would not only fulfill the needs of the college, but also the long-identified cultural needs of Brevard County. The 1983 Florida State Legislature provided the funds for preliminary planning and design work for the center. Subsequent legislative funding for construction became available in 1985 and 1986 for the $12.3 million facility.

In the summer of 1989, the Brevard Community College District Board of Trustees voted unanimously to rename the facility the Maxwell C. King Center for the Performing Arts in honor of the college’s president who had been instrumental in making the center a reality. The King Center continues to fulfill its mission to improve the quality of life on the Space Coast.

Brevard Community College – now, Eastern Florida State University, is a state agency which owns the King Center. The facility is managed by a separate 501 (c)(3) not-for-profit organization that is a subsidiary of Eastern Florida State College. In 1990, the King Center for the Performing Arts, Inc. was designated a state cultural institution and a direct support organization of EFSC.

The Brevard Symphony Orchestra performs its Signature Six and Matinee Series concerts in the 2,000 seat main theater of the Maxwell C. King Center for the Performing Arts. For most BSO concerts, all of the Main Floor seating is utilized, as well as Rows AA-LL in the Grand Tier. The King Center is located at 3865 N. Wickham Road in Melbourne. 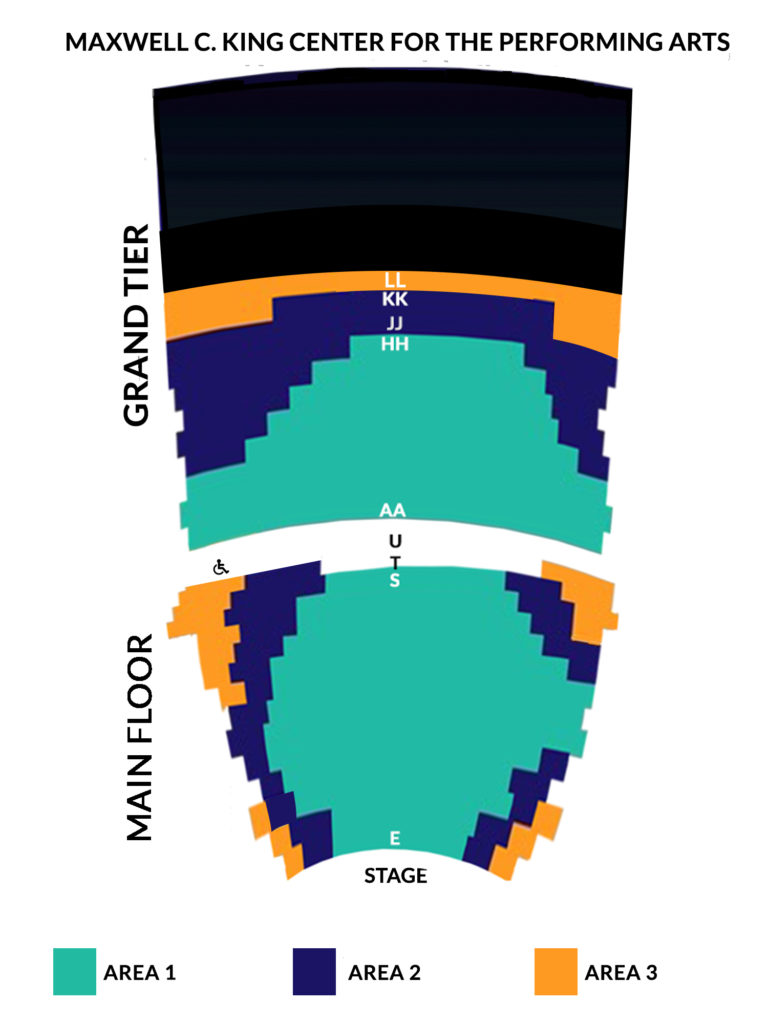 The King Center is located at 3865 N. Wickham Road in Melbourne, Florida, on the corner of Post Road and Wickham Road on the campus of Brevard Community College.

Parking at the King Center

Free, ample parking is available to all King Center guests. A limited number of reserved parking spaces close to the theater are available for the following fees: $8 in advance/$10 on performance day. To purchase your parking pass in advance, call the King Center ticket office at 321.242.2219.

Directions to the King Center

The King Center is located at 3865 N. Wickham Road in Melbourne, Florida, on the corner of Post Road and Wickham Road on the campus of Brevard Community College.